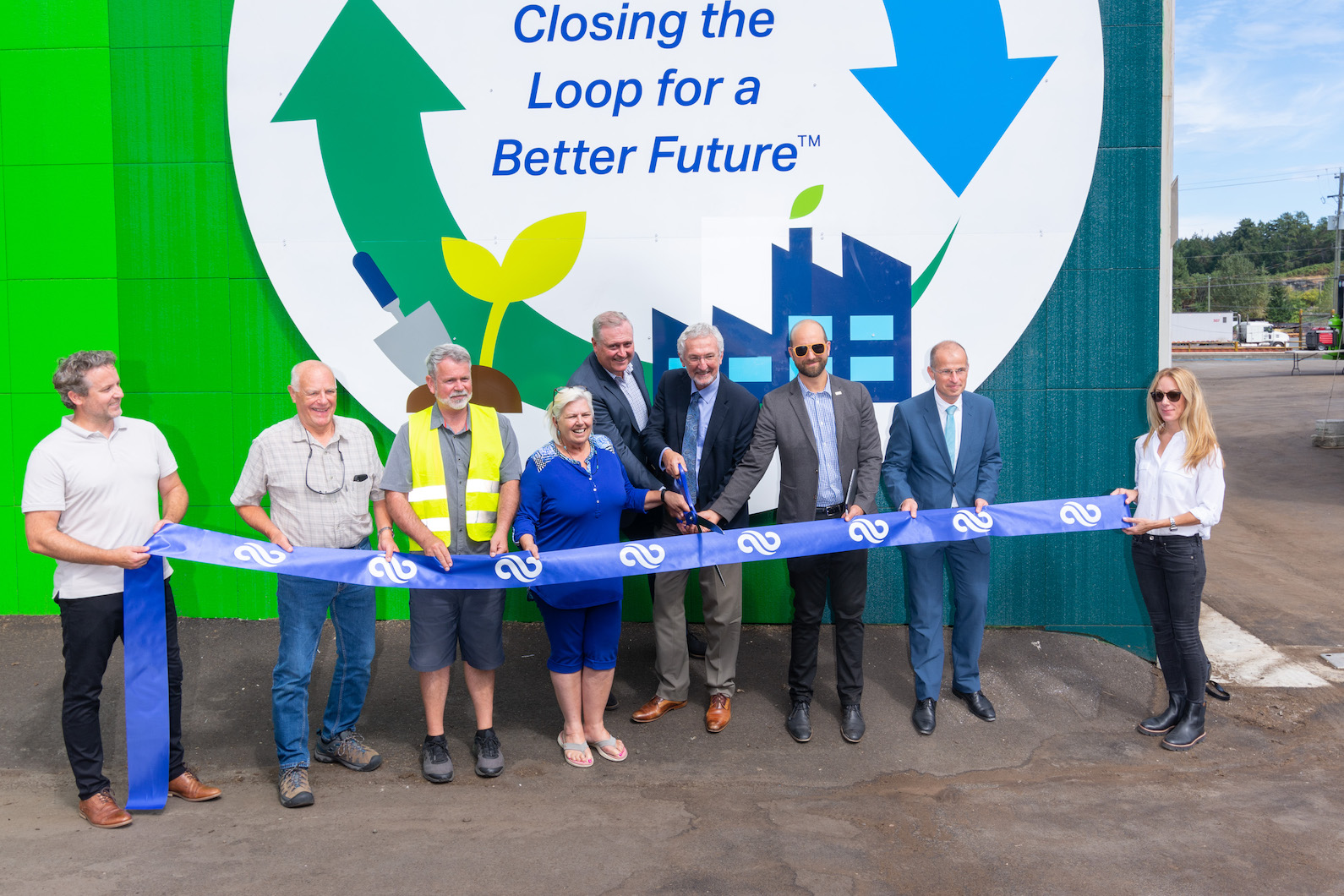 Convertus Nanaimo, also known as Circular Waste BC hosted a grand opening for the newly upgraded organic waste processing facility in Nanaimo BC on August 29th, 2022. The grand opening included a ribbon cutting ceremony and speakers from Convertus, the Regional District of Nanaimo, The City of Nanaimo and the Dutch Consulate.

Convertus Nanaimo has processed waste for the Regional District of Nanaimo since 2005, diverting more than 250,000 tonnes of organic waste from landfill. The Nanaimo facility has recently undergone a retrofit to the composting and odour abatement systems courtesy of Waste Treatment Technologies, who is the design and build division of Convertus Group. These upgrades will increase the facility’s capacity to serve the Regional District of Nanaimo and surrounding communities, produce class A compost, and equip the facility with a state-of-the-art odour abatement system.

These new investments were made possible through the Province’s CleanBC Organic Infrastructure and Collection Program, whom contributed 3 million dollars of funding to the 13.5 million dollar facility upgrade.

“We are incredibly excited for the Grand Opening at the Nanaimo Facility. The upgrades which include an expansion of the Facility will enable us to partner with more communities on the island,” says Mike Leopold, CEO for Convertus “The completion of this project is part of a much bigger picture in minimizing our environmental footprint and future-proofing our operations so that they are sustainable.”

“The Regional District of Nanaimo congratulates Convertus on the completion of their Nanaimo facility upgrades and looks forward to continuing to work together to maximize the diversion of organic material from the Regional Landfill,’ said Tyler Brown, Chair, Regional District of Nanaimo. “The increased capacity of the facility is an important component to the RDN achieving its goal of 90 per cent waste diversion by 2029.”